Two of the most prevalent disorders in mental health are depression and anxiety. Statistics show that more than one in five of all people in the USA will suffer from either acute anxiety or clinical depression at some point in their lives. Recognition that these are health conditions, and not behavioral issues, is important in order to remove the stigma that is often associated with this behavior.

Mental Health Awareness month not only helps the public to realize that mental illness can touch their own lives. It also helps people who are suffering from depression and anxiety to learn about available services, and discover ways to get increased support. Today, thanks to prior work done by the organizations associated with Mental Health Awareness, preventive services like screening for depression are becoming more widely available, and are starting to be covered by healthcare programs.

What are the possible drug treatments for depression and anxiety?

Coming out of Mental Health Awareness month, there should be increased recognition that these disorders are not incurable, and that immediate solutions are available. In the following section, we outline three of the most favorable routes that can be followed for people who are suffering from anxiety and depression, which are the most prevalent forms of mental health problems.

There is some evidence that omega-3 fatty acid supplements containing high levels of eicosapentaenoic acid (EPA) and docosahexaenoic acid (DHA) effectively raise the benefits of drug therapies for MDD. You can read more about that here.

Differences between Prozac, Trintellix and Lexapro?

All three treat major depressive disorder in the same way, which is to boost serotonin levels in the brain. Serotonin is a neurotransmitter that enables messages to cross between neurons at synapses (nerve junctions). Low levels of serotonin are a major cause of mental health problems such as depression and anxiety.

SSRIs block the reabsorption (reuptake) of serotonin in the brain, making more serotonin available.  SSRIs work selectively to affect only serotonin, and none of the other neurotransmitters.

There are some specific differences between the three drugs, but the choice is largely made by a prescribing physician based on interactions with other drugs that the patient may be taking, possible allergies to by-products in each of the different drugs, and several other factors. In some cases, it is a matter of trials to determine which of the three drugs works best for a specific patient.

As well as MDD, the FDA has given approval for Prozac to treat obsessive-compulsive disorder (OCD), panic disorder and bulimia nervosa.

SSRI drugs generally have mild side effects, like dry mouth, nausea and diarrhea, headaches, insomnia, sleepiness or fatigue. Prozac has also been reported as causing hives, itching, or a skin rash, chills or fever and joint or muscle pain. The side effects normally diminish as usage of the drug continues.

Serotonin and norepinephrine reuptake inhibitors (SNRIs) are prescribed to treat depression, anxiety disorders, and chronic nerve pain. SNRIs may be prescribed for patients who have both chronic pain and to depression. The SNRI drug that is often prescribed for treatment of MDD is venlafaxine (Effexor XR).

The main difference between SSRIs and SNRIs is that SNRIs are not selective only for serotonin. They prevent the reuptake of both serotonin and norepinephrine. Norepinephrine is a neurotransmitter similar to serotonin, used to send messages between nerve cells.

Possible side effects may include nausea, dry mouth, dizziness, headaches, tiredness or insomnia Very rarely, excessively high levels of serotonin can result in a condition known as serotonin syndrome. This most often occurs when multiple medications that raise serotonin are taken in combination, such as painkillers and headache medications, or St. John’s wort. Symptoms of serotonin syndrome include rapid heart rate, changes in blood pressure, extreme anxiety or agitation, high fevers and sweating. In such a case, seek immediate medical attention.

Some non-prescription over-the-counter medications are also recommended as treatments for mild mental health problems. Calmanervin is a dietary supplement that helps in dealing with stressful situations that can lead to anxiety and panic attacks, depression and mood disorders, insomnia and sleep disorders.

Calmanervin contains Passiflora Dry Extract, Valerian Dry Extract, Vitamin B1 and Vitamin B6. It is available in three formats: Daytime, Nighttime and Combination. It can be used as a sedative (1 tablet, 3-4 times a day) or as a hypnotic (2 tablets, 30 minutes before bedtime.) 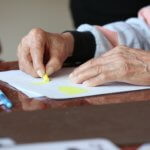