As many as 25% of people with type 2 diabetes don’t know they have it. Unlike type 1 diabetes, type 2 is a gradual process and often the signs and symptoms are so subtle that people are not always likely to know they have it until it gets more severe and they get checked by a doctor. Type 1 diabetes, however, starts to happen much quicker and the symptoms are more severe too.

It’s important to stay in tune with your body and report anything unusual to your doctor, no matter how trivial. Symptoms can start off slowly and these same symptoms could be signs of countless other problems or diseases, or could be absolutely nothing at all. Earlier detection is better, especially with something like diabetes which can have long-term health effects if not treated with the right medication. The longer you go without treatment the more you are at risk for kidney disease, heart disease, blindness and other issues. 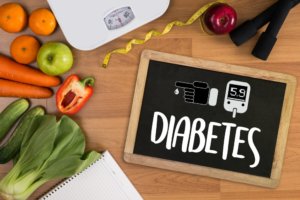 Here are 5 common symptoms of diabetes to look out for.

Your body is less efficient in breaking food down into sugar when you have diabetes. This results in more sugar in your bloodstream, which in turn means that your body needs to get rid of it by flushing it out in your urine. You will also be thirstier since you’re peeing so much and of course this too creates more urine.

This would explain why people suffering from diabetes go to the bathroom a lot more than anyone else. The average is between 4 to 7 times in 24 hours. If you’re going a lot more than this, then it’s worth a trip to the doctor’s office.

Additionally, higher levels of sugar mean that your body is a breeding ground for bacteria and yeast which can lead to recurrent infections – both urinary tract infections and yeast infections in general. If you notice you are getting infection after infection, this could be another warning sign for diabetes.

You feel hungry, more than usual

Being hungrier than normal is another common symptom of diabetes since the body isn’t making enough insulin and so cells aren’t receiving the glucose they need for energy. To try to make up for the lack of energy, your body tells you that you are hungry again in an attempt to gain more glucose.

Tired all the time

A natural result of your cells not getting enough glucose is low energy and fatigue. The food you eat isn’t being broken down and used by cells as it should be. Since your body isn’t getting the fuel it needs, you’ll feel more fatigued than usual.

While being overweight is a risk factor for diabetes, having the disease can actually cause you to lose weight. Considering the increased urination and the fact that the body isn’t absorbing food properly, it isn’t surprising that weight loss happens. Once diabetes is under control, it’s normal to start gaining a bit of weight again – and this is actually a good thing because it means that your body is finally processing your food properly.

This is not blindness. Rather, in the early stages of diabetes, glucose builds up in the eye and so the eye lens doesn’t focus well. A few weeks after diabetes is under control, the problem will resolve and your eyesight will return back to normal.

If you suspect you have any of these symptoms, they could be warning signs for diabetes or even something else. It’s important to go to the doctor to get checked and treated, and this is especially true if you have a family history of diabetes.

PrevPreviousAnxiety: Causes, Symptoms and Treatment
NextWhat You Need to Know Before Starting MedicareNext