Which is Safer Xarelto or Eliquis? 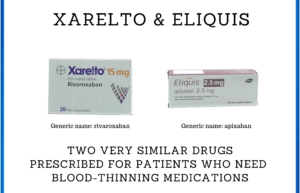 In the following short blog, we are trying to describe the main uses of the two drugs, and to highlight the differences especially with regard to safety.

What are the Main Uses for Xarelto and Eliquis?

Both of these drugs are direct oral anticoagulants (DOACs), or more correctly known as non-vitamin K antagonist oral anticoagulants (NOACs). They act as blood thinners, to reduce the risk of unwanted clots forming inside blood vessels and then travelling to vital organs, mainly the heart, lungs and brain, where they can cause serious and sometimes fatal consequences.

NOACs are the most preferred medication for the above conditions, because they cause far less bleeding than the main alternatives, Warfarin and aspirin. They are easier for patients to take because they don’t need frequent blood monitoring and can be taken safely in fixed doses.

The usual cause of AF is where one or more heart muscles are not beating as they should. Atrial fibrillation is the most common serious abnormal heart rhythm that affects more than 33 million people worldwide. The danger coming from AF is a thrombosis leading to a blockage that may cause a stroke or heart attack. Anticoagulants are usually recommended in most people other than those at high risk of bleeding.

After Knee and Hip Replacement Surgery

Deep vein thrombosis (DVT) is a serious condition in which a blood clot that developed in a vein can break away and cause a number of potentially fatal results. DVT most frequently develops in the lower part of the body and patients who have had hip or knee replacement surgery are at greater risk of serious side effects from DVT in the first 12 weeks after hip replacement and up to six weeks after knee surgery.

The primary cause of these was a thrombosis that travelled to the heart, lungs or brain respectively. DOACs are prescribed as a preventative measure to ward-off the possibility of another such event.

What are the Differences between Apixaban and Rivaroxaban?

There have been some analyses of statistics from central databases comparing both the effectiveness and the safety of these two forms of NOACs as well as a third form, dabigatran. In the most comprehensive study, reported on the medical journal website Chestnet, the conclusion was that “rivaroxaban, and apixaban appear to have similar effectiveness, although apixaban may be associated with a lower bleeding risk and rivaroxaban may be associated with an elevated bleeding risk.”

In a more recent study focusing on atrial fibrillation, the conclusion was that in routine practice, apixaban is more effective and safer than rivaroxaban with a lower rate of strokes, systemic embolism, and major bleeding.

What are Common Side Effects of NOACs like Eliquis and Xarelto?

Among the more common mild side effects are nausea, easy bruising, or minor spontaneous bleeding such as a nosebleed or bleeding from scrapes and cuts that don’t stop quickly.

Although severe side effects are extremely rare, be sure to tell your healthcare provider or pharmacist if you experience any feelings of discomfort, or if you have any of the following symptoms:

Your doctor will have given proper consideration to how the active ingredients in Xarelto and Eliquis interact with your other medications and could affect your health. In all cases, the doctor will consider that any adverse effects will be far outweighed by the life-giving benefits that they bring to patients with your condition. If you are in any doubt, discuss this with your doctor and pharmacist. 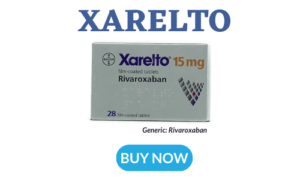 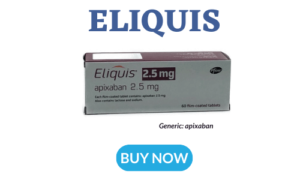