In honor of World Alzheimer’s Awareness Month, IsraelPharm, your online pharmacy, is joining the global conversation about Alzheimer’s. Although the impact of World Alzheimer’s Month is growing, two out of every three people worldwide still believe there is little to no understanding of dementia in their country.

World Alzheimer’s Day is September 21 every year and is the highlight of the international annual campaign to raise awareness and challenge the stigma surrounding dementia. This year’s campaign theme is ‘Remember me’ to underscore the importance of early detection and diagnosis of dementia, which we will discuss here.

What is Alzheimer’s disease?

The bottom line is that Alzheimer’s is a ravaging disease that usually starts mild, gets progressively worse, and ultimately ends in death.

How common is it?

Let’s look at some U.S. and worldwide statistics and see for ourselves.

How is Alzheimer’s diagnosed?

Research predicts that more than twice the amount of people that are reported as Alzheimer’s sufferers can be at some stage of the disease.

For doctors to make an initial diagnosis of Alzheimer’s disease, they must first be satisfied that there is dementia, according to guidelines that spell out what it is. Dementia sufferers have cognitive and/or behavioral symptoms that show a decline from previous levels of functioning and interfere with the ability to function at usual activities.

Do I Have Alzheimer’s? Ten Early Signs and Symptoms

Beyond biomarkers, there are 10 warning signs and symptoms of Alzheimer’s disease (from guidelines jointly produced by the National Institute on Aging and the Alzheimer’s Association). Every individual may experience one or more of these signs to a different degree. The cognitive decline is usually in several of the areas listed below. If you experience or notice any of them in loved ones, consider seeing a doctor.

Managing a budget, remembering the rules to a game, difficulty with regular daily tasks and activities.

What’s a typical age-related change? Occasionally needing help to adjust the settings on a electronic device or to record a television show.

What’s a typical age-related change? Being confused about the day of the week and figuring it out sometime later.

Problems with vision can be a sign of Alzheimer’s. For example, difficulty with reading, judging distance and problems with driving.

What’s a typical age-related change? Misplacing things occasionally but eventually being able to find them.

What’s a typical age-related change? Making bad decisions every once in a while.

What’s a typical age-related change? Developing very specific ways of doing things and becoming irritable when a routine is disrupted.

Once dementia has been confirmed by the number and severity of the above symptoms, then Alzheimer’s disease can be diagnosed by whether the symptoms were gradual onset “over months to years” rather than hours or days (the case with some other problems), and a noticeable decline in the person’s normal level of cognition in particular areas.

Because Alzheimer’s warning signs may be confused with the typical signs of aging, its diagnosis can prove difficult. If you are worried about yourself or someone else who is showing symptoms of dementia, talk to your GP. They’ll be able to rule out other health issues including depression or anxiety which may cause similar symptoms, especially in younger people.

Just remember that the sooner Alzheimer’s disease is diagnosed and treatment started, the better the chances of slowing the disease. Alzheimer’s isn’t curable, but it is treatable with drugs that can help slow the progression of symptoms. Also, some people are eligible for clinical trials of new Alzheimer’s treatments that are available.

The truth is, according to the Alzheimer’s Society, delaying the onset of dementia by five years would halve the number of deaths from the condition, saving 30,000 lives a year. Plus, the earlier you catch it, the more time you’ll have to learn about the condition and prepare for what’s ahead.

Paul Aisen, senior study author and director of the USC Alzheimer’s Therapeutic Research Institute (ATRI) at the Keck School of Medicine, believes in studying people before the symptoms of Alzheimer’s are apparent. He claims that many promising drug treatments have failed simply because they were administered at the end-stage of the disease, at a time when it is too late.

At this moment, Alzheimer’s disease is incurable, although there are medications that can help control or delay its symptoms for some time, particularly in early stages of the disease.

The FDA has approved two types of medications -cholinesterase inhibitors (Aricept, Exelon, Razadyne) and memantine (Namenda) — to treat the disease’s cognitive symptoms (memory loss, confusion, and problems with thinking and reasoning). Doctors sometimes prescribe both types of medications together.

The prescription drugs currently approved to treat Alzheimer’s symptoms in early to moderate stages are from a type of drugs called cholinesterase inhibitors, which are prescribed to treat symptoms related to memory, language, judgment, and other thought processes.

Cholinesterase inhibitors delay or slow down symptoms by preventing the breakdown of acetylcholine (a-SEA-til-KOH-lean), a chemical messenger important for learning and memory. This supports communication among nerve cells by keeping acetylcholine levels high. They are generally well tolerated and their effectiveness varies from person to person.

Donepezil (Aricept®) is approved to treat all stages of Alzheimer’s by preventing the breakdown of acetylcholine in the brain.16 It may also have a limited slowing effect on the progression from mild cognitive impairment (MCI) to Alzheimer’s disease symptoms.

Rivastigmine (Exelon®) is approved to treat mild to moderate Alzheimer’s by preventing the breakdown of acetylcholine and butyrylcholine (a chemical similar to acetylcholine) in the brain. In 2007, the FDA approved the Exelon® Skin Patch (rivastigmine transdermal system) as an option to the oral capsule.

Galantamine (Razadyne®) is effective for early to moderate Alzheimer’s by preventing the breakdown of acetylcholine and stimulating nicotinic receptors to release more acetylcholine in the brain.This medication was formerly known as Reminyl®.

Memantine (Namenda®) is another type of medicine which is approved by the FDA for treatment of Alzheimer’s. Namenda® is prescribed to improve memory, reason, language, attention and the ability to perform simple tasks by regulating glutamate, a chemical involved in information processing, storage, and retrieval. It improves mental function and ability to perform daily activities for some people and can be used alone or with other Alzheimer’s treatments. There is some evidence that individuals with moderate to severe Alzheimer’s who are taking a cholinesterase inhibitor might benefit by also taking memantine.

I think I might have some symptoms. Now what?

The most important thing is not to panic if you suspect that you or a loved one may have some of the above symptoms. Remember all of them can be age-related. The best thing to do is to visit your doctor and get a diagnosis. Early detection is key since Alzheimer’s medications are known to be more effective in the early stages of the disease. Also, the sooner you know what you’re dealing with, the more time you’ll have to learn about the disease and all your options. Don’t forget to visit IsraelPharm, your online pharmacy, for your Alzheimer’s medication needs.

PrevPreviousTime to Clean Out your Medicine Cabinet!
NextAlcohol and Medicine: Before You Take That Next Drink, Read ThisNext 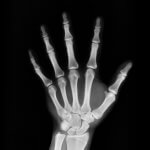 Prolia® (generic name: denosumab) is prescribed for patients in danger of developing osteoporosis, usually due to the normal aging process 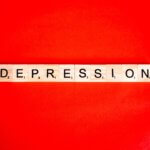 Two of the most prevalent disorders in mental health are depression and anxiety. Statistics show that more than one in

May is Mental Health Awareness Month

Mental Health Awareness month occurs each year in May in the USA. The goal of this special month is to