“Cancer is a huge, global public-health problem. Without warning, it strikes people of all socio-economic strata, all ages, and all races… Though the rate of cancer deaths for Jews in Israel is among the lowest in the world –177 deaths for every 100,000 people – cancer kills more Jews in Israel than any other Disease.” 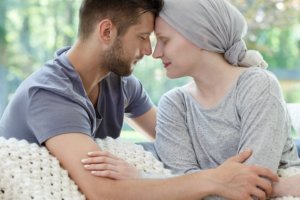 “The future of cancer research has never looked more promising – particularly in Israel. Israel’s scientists are bringing to the cancer fight the same breathtaking innovation, urgency, breakthrough thinking, tireless determination, and adroit use of resources that have been the hallmark of Israeli science and technology for the last 70 years.”
–Jerusalem Post–

Israeli scientists at Israel’s Institute of Technology have successfully treated a cancerous tumor. They eradicated its cancer cells using a synthetic cell. The cell produces anti-cancer proteins within the tissue.

The synthetic cells, the prestigious Haifa-based university says, “are artificial systems with capacities similar to, and, at times, superior to those of natural cells.” After extensive experimenting, the technology was tested on mice. The proteins eradicated the cancer cells once they reached the tumor.

We can now create a cell that can destroy cancer cells. These cells can be created for a specific patient. They can target their particular cancer cells and the treatment can be tailored to their needs. Also at the Technion, Israeli scientists announced that they have developed technology that enables drug delivery to target diseased tissue only. They use light and gold particles, which can be used to make cancer treatments more effective. This means we can now kill cancer cells without affecting the healthy cells. 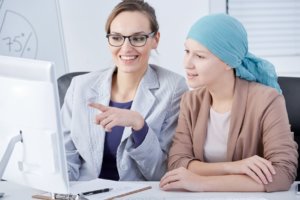 One of the most aggressive cancers to date is pancreatic cancer. It often claims the lives of patients within 12 months after diagnosis. A study at Tel Aviv University will help lead to an effective drug cocktail to treat this deadly disease. The cocktail travels directly to the tumor site and destroys the tumor cells without affecting the healthy cells.

An  Israeli company, Micromedic Technologies, made a recent announcement. It recently developed a technology for a new non-invasive diagnostic test. The test is for prostate cancer, the second most common cancer in men worldwide. Fast and effective diagnosis will save lives. It will also make treatment accessible to people in third world countries.

Todos Medical Ltd engages in the development of blood tests for the early detection of a variety of cancers. Many of these new tests will be low cost. They are effective alternatives to the expensive testing now available. This will therefore result in earlier detection of cancers.

Drug delivery systems using gold and light to target diseased cells. Effective drug cocktails that deliver drugs to diseased tissues. Artificial intelligence making testing easier and less invasive. These are new cutting edge technologies being developed here in Israel. And most importantly, they will improve the quality of life all over the world.

Many thanks to the Asper Foundation and the Jerusalem Post. Please visit their web sites for more information.