Alzheimer’s affects 6 million Americans and isn’t merely defined by memory loss. Often confused with dementia, Alzheimer’s is a brain disorder causing a slow, gradual decline in memory, thinking and reasoning, due to the death of brain cells. Dementia is not a disease as such but is classified by a group of symptoms which can result from a number of conditions. 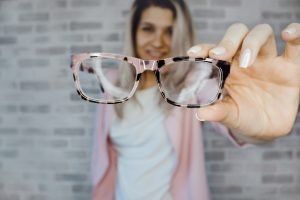 It is said that Alzheimer’s is the 6th leading cause of death yet approximately half of people with the disease have not been diagnosed! Due to the nature of its symptoms, it can often be confused with typical signs of aging which could be why many people don’t realize they have it. It’s important to understand the difference between normal aging and Alzheimer’s symptoms though, because the earlier you detect the disease the better chance you have of surviving for longer, slowing the advancement of the symptoms, and getting relief from symptoms.

Here are 7 ways you can spot Alzheimer’s. If you have a loved one that is a senior, be on the lookout for these symptoms. If something doesn’t seem right to you, it is best to advise them to see a doctor as soon as possible to get a diagnosis and the help they need.

This is the most common and noticeable symptom. It can be forgetting important information, times and events, recently learned information or repeatedly asking for the same information. Many people might increasingly need to use notepads or require family members to help handle tasks. This differs to typical aging where it is normal to sometimes forget things, but then remember them again later on.

Daily tasks can be a challenge for those suffering from Alzheimer’s, including driving, playing a game or taking care of financial obligations. It’s normal to sometimes need help with technology or the like, but when it’s more than this it could be a sign of something more than aging.

Misplacing things and losing the ability to retrace steps

It is normal to misplace things from time to time, especially as we get older. It is more worrying, however, if a person decides to put things in unusual places and is simply unable to retrace his or her steps to find them. Over time, this can keep happening.

Forgetting a word here or there is pretty standard, but those with Alzheimer’s tend to have trouble following a conversation. They may repeat themselves or get stuck in the middle of a conversation and forget what it was that was being discussed, as well as struggling with vocabulary and calling things by the wrong name.

Who doesn’t make a poor decision once in a while? The problem is when it happens regularly. Alzheimer’s sufferers won’t be able to judge money correctly, might fall for scams, and may pay little attention to personal hygiene.

Withdrawal from work or social activities

A senior who starts removing themselves from social activities, hobbies or work might be suffering from Alzheimer’s. Now and again, one might get weary of social situations or work. But when it’s happening regularly or when a senior has trouble keeping up with a hobby or constantly avoids being social then it could be a sign of Alzheimer’s.

People with Alzheimer’s can experience uncharacteristic emotions like easily becoming upset over small things, being confused, anxious or suspicious. Seniors can get upset but it’s important to look out for extreme changes or changes that are very much out of character.

If you suspect that a loved one might exhibit these symptoms regularly, it’s important to get them evaluated by their doctor. It might be nothing to worry about, but if it is Alzheimer’s then earlier detection can go a long way in lengthening their lives and lessening their symptoms with appropriate medication.