Cozaar (generic name: losartan) is commonly prescribed to treat high blood pressure (hypertension). In the US, the name Cozaar describes the same drug known as Losardex, Losartan, Lotan or Ocsaar in other countries.

What are the Causes of Hypertension that Cozaar Treats?

There are many different causes of hypertension, and these generally fall into a few broad categories:

What are the Recommended Treatments for Hypertension?

In cases where a person has suddenly developed high blood pressure, doctors will investigate some underlying problems, such as kidney failure, vascular or endocrine causes. These must be treated before tackling hypertension.

However, in general, around 90-95% of cases of hypertension can be attributed to the patient’s diet, obesity or genetics, in which case the appropriate treatment would be medications such as Cozaar, along with indicated changes in diet and exercise.

How does Cozaar Work to Reduce Blood Pressure?

Cozaar is a member of the group of drugs called Angiotensin Receptor Blockers (ARBs), also known as angiotensin II receptor antagonists. Losartan keeps blood vessels from narrowing, which lowers blood pressure and improves blood flow. Losartan is used to treat high blood pressure (hypertension), and Cozaar tablets contain the active ingredient losartan potassium, which works by preventing the action of the hormone angiotensin II. Special receptors in the venous network are stimulated by angiotensin to constrict, which raises blood pressure. Angiotensin II can also trigger the desire for salt and thirst, and it is also responsible for the release of the hormone arginine vasopressin. This antidiuretic will increase the level of fluid retention throughout the body.

Cozaar blocks the receptors that angiotensin II acts on, and as a result, peripheral blood vessels can widen, which means less resistance to the flow of blood. This is the primary mechanism by which the blood pressure is reduced. As well, by blocking the actions of angiotensin II, Cozaar also reduces the action of aldosterone in the kidneys, which increases the levels of fluid being removed from the blood by the kidneys.

Are there Any Other Conditions Treated with Cozaar?

In cases of heart failure, when using an ACE inhibitor is not appropriate, Cozaar may be prescribed along with diuretics and/or digitalis.

For some particular groups of patients with type-2 diabetes with proteinuria, including American Indians, Cozaar is prescribed to delay the progression of renal disease.

How Can I Save when Buying Cozaar or its Generics?

The following is a sample of the prices charged for Cozaar and generic losartan medications.

++Prices quoted here are current in 2021 based on a survey of online sources,  and may be subject to change at any time.

What are the Most Common Side Effects of Losartan?

Research to date has found the medication to be safe and effective for most people. Mild side effects, such as dizziness, are sometimes experienced in the early stages of treatment. If you experience severe or persistent side effects such as difficulty in breathing, fainting, fast or irregular heartbeat, nausea or vomiting, you should contact your doctor right away.

What Foods Should I Avoid While Taking Losartan?

Avoid salt substitutes containing potassium as well as OTC potassium supplements without first talking to your doctor. This can cause high levels of potassium in your blood. Although there may be some questions about eating bananas, in general, the relatively low level of potassium does not represent any danger except if you already have a kidney problem, in which case you should consult with your doctor or pharmacist. 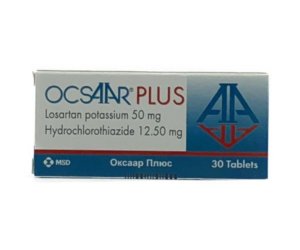 To read more about Cozaar (Losartan) and order your medication, click here.

Why are Generic Drugs Cheaper than the Brand?

Developing new drugs is a very lengthy and expensive operation. Estimates have ranged from $985 million to as high as $2.8 billion for a single drug. In addition, this outlay is up-front before any revenue from sales. The process takes as much as ten years, with clinical trials alone taking six to seven years on average. And these figures relate only to the successful new drugs – the failure rate is roughly 90%.

After this investment, the pharmaceutical developer of a drug has a twenty year exclusive patent. All of this adds up to a relatively short window in which the original drug can bring sufficient returns to justify the research and development, which necessitates the very high prices for branded drugs. Once it expires, any competing drug can be brought to market without complete three-phase clinical trials, without any risk of failure, and will be on the market within just a few years.

All of this combines to make generic drugs far cheaper to bring to the market, and this is reflected in the difference in price. Bottom line is that the lower price of generics is not any indication of a lower quality but is purely related to the total cost of the generic versions being so much lower than for branded drugs.

Do Generic Drugs Deliver the Same Benefits with the Same Risks as Their Brand Equivalents?

For a comprehensive explanation of the regulations applied by the FDA, you can read the official notices on the FDA website. The following is our summary.

There are also requirements to ensure that the production of the drug takes place under the same strict standards as the brand-name medicine. These include

How Can IsraelPharm Offer Generic Drugs for Lower Prices?

Americans continue to pay the most expensive prescription prices in the world. The United States has no price controls on pharmaceutical products, and companies are able to set their own prices, which mostly ends up with consumers having to pay more than they would have to in other countries.

IsraelPharm sources its prescription medications from countries such as Israel, Turkey, the UK and Canada. These countries have government controlled national health plans which set the same high standards as the USA, but have capped drug prices to consumers.

You can generally save around 50 percent on drug bills when you source from IsraelPharm through our website! There are no hidden taxes, fees, or surcharges. You will pay the cost of your drugs, as listed on our website, and a per-package shipping charge.

We are committed to the highest ethical and professional standards while delivering the best service and prices.