Wouldn’t it be great if we could be protected from the flu all year round, without having to get a new flu shot each year? That’s exactly what BiondVax, an Israeli pharmaceutical company, is hoping to bring us. 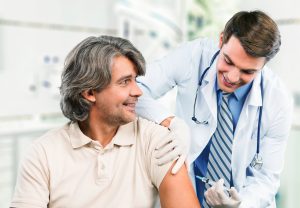 Located in Jerusalem, BiondVax is a public biotech company listed on the NASDAQ. The company is currently developing a universal flu shot. This means that it provides broad coverage against most influenza strains. This includes both seasonal and pandemic flu. The universal flu shot would provide year-round protection and is expected to provide efficacy for three to five years. In contrast, the current flu shot is strain specific and so there is a new vaccine every year based on which strains are most likely to hit.

To get or not to get the flu shot?

Having to vaccinate against the flu only once every three to five years as opposed to every year might actually lead to more people becoming going out and getting the flu shot. Unfortunately, there is a high percentage of people that refuse to get the current flu shot. This could be due to having to get it every year. But there are other reasons too. The flu shot is often misunderstood, and people sometimes assume that getting the flu shot will give them the flu. In fact, this is impossible. It can cause flu-like symptoms the day following the shot, and some people escape even this.

Hopefully this new vaccine will change the way many people view the flu shot. The more people that get the flu vaccine, the better the population is protected as a whole. Not only does it save individuals’ lives, but it also protects those who are unable to receive vaccinations.

Since the universal vaccine would be given independent of the season it can be administered according to the patients’ preferences and vaccination schedule.

So when will it be available?

The vaccine could still be a few years off yet. BiondVax is currently the company who is closest to market, having just completed Phase 3 trials. Six human trials have been completed. Results indicate that the vaccine is well-tolerated, safe and immunogenic.

Chief Scientific Officer Dr. Tamar Ben-Yedidia said, “We are excited about the potential for M-001 [the universal flu vaccine] to reduce illness and death among older and elderly adults as well as reduce influenza-associated health care costs.”

This vaccine has been in the making for about 20 years so far. A universal flu vaccine isn’t easy to achieve, but hopefully it will be worth the wait. In 2018, the NIAID, the National Institute of Allergy and Infectious Diseases, announced that it would prioritize a universal flu shot. This came after the worst flu season in a decade. While BiondVax has progressed the most, it isn’t the only company who is currently developing the vaccine.

While we wait in anticipation for the universal vaccine, we must continue with the regular flu vaccine each year. This is our best chance of saving lives when the flu hits hard. It may not be as convenient as the universal vaccine will be, but it sure beats a nasty dose of the flu.

Do Doctors in Israel Recommend the Flu Shot? Click here to read. 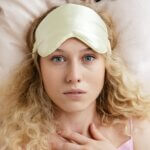 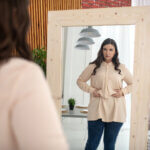