Do Doctors in Israel Recommend the Flu Shot?

The influenza virus was first discovered in the 1930s, and scientists had a working vaccine by the 1940s. It is thought that influenza began circulating after the establishment of cities when there were more densely populated areas.

After influenza pandemics in 1957 and 1968, scientists identified the predominant strains of flu. With this data, they began working on vaccines that are tailored to these strains specifically. With the advance of science and medicine in more recent years, scientists these days have an even better understanding of how to isolate flu strains. Therefore, each year the vaccines are updated based on what they conclude will be the most prominent strains for that year. 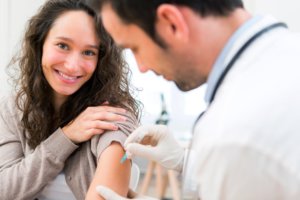 Last winter was a particularly bad year. As of October 2018, a total of 183 pediatric deaths were reported during the 2017-20178 season. Data shows that 80% of these children had not received the vaccination. Overall, the CDC reported that the overall effectiveness of the vaccine against influenza A and B was approximately 40%.

While the flu vaccination is not a sure way of preventing the flu, it is the best chance we have of reducing our overall risk. 40% protection is certainly better than none!

So in short, yes. Drs. in Israel, as well as Doctors all over the world, usually recommend the vaccine.

Who should get the flu vaccine? 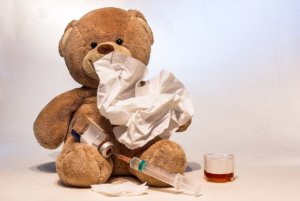 There is also the nasal spray flu vaccine which is used for people aged 2-49, but only for healthy and non-pregnant people. People with allergies or those who are immunocompromised should not take the nasal spray vaccine.

Most people who contract the flu will recover well and not require medical intervention. However, some people develop complications that can often result in hospitalization such as bronchitis, pneumonia, sinus infections or ear infections. Additionally, people suffering from asthma may experience asthma attacks while they have the flu. In weaker people, there is a risk that these complications will lead to death.

Those most at risk of developing flu complications are young children, especially babies under 2 years old. Adults who are over the age of 65, pregnant women or those with a weakened immune system are also considered high risk.

Why are some people against the flu shot?

Not all experts agree that the flu vaccine’s benefits outweigh the risks. And many are also skeptical as to just how well the vaccination actually works. They argue that since it only contains three or four strains of the flu, it doesn’t provide much benefit since there are countless other strains and viruses that cause flu-like symptoms. Since there is no guarantee that taking the vaccine will prevent you from getting the flu, they argue that it is not worth getting the vaccine. The CDC, however, states that immunization is still the safest choice. Having a vaccine which provides some level of protection is better than no vaccine at all. 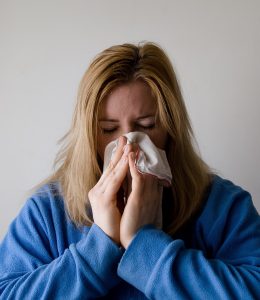 Perhaps the main concern among flu shot critics is the fact that it contains thimerosal which is a preservative containing mercury. However, studies have not found there to be any harm in using low doses of this ingredient in vaccinations.

Can the flu shot cause the flu?

A lot of people are also quick to assume that receiving the vaccine will actually cause them to contract the flu. Experts are quick to point out that this is biologically impossible since the vaccine is made up of a dead virus. Therefore, it is not infectious. Since the shot can take up to two weeks to become protective against the flu, it could be that people have in that time become exposed to the flu, or that they became exposed even before they received the vaccine. And it could be a different strain of flu from what the vaccine protects against. So while it is not unheard of to get the flu after being vaccinated, it is not the vaccination itself that is the cause of your flu.

Having said that, you may experience some side effects after receiving the vaccine. The most common side effect is soreness and swelling where the shot was given. Sometimes, a low-grade fever or muscle aches can happen. These symptoms usually occur straight after the shot and will last for 1-2 days at the most. If it lasts longer than this, or if the fever is high, then it is not a result of the vaccine and should be treated accordingly.

Should I get the flu shot?

Yes! Not only for yourself, but also for the sake of others. You may have heard of the concept of herd immunity. There are many people too weak to receive the vaccine such as seniors or those with chronic health problems. Babies under 6 months also cannot usually receive the vaccine. Therefore, those of us who are healthy enough to get the vaccine should do so in order to stop the virus from spreading and potentially affecting weaker people. More people getting vaccinated means that influenza is less likely to spread across communities. As such, immunocompromised people will be better protected.

Aside from getting the vaccine, you can also prevent viruses from spreading by exercising stronger yet simple hygiene measures. If you are sick, stay home and do not go to a place where you can infect others. Wash your hands frequently during flu season and cover your mouth and nose when sneezing. Keeping your hands away from your face can also stop germs from spreading. Strengthen your immune system by getting lots of sleep and keeping a healthy, nutritious diet. You can avoid foods containing white sugar, processed oils, refined grains and other processed foods. Vitamin D supplements are also said to be helpful in avoiding getting sick during the winter.

At IsraelPharm, we do not supply the flu shot but we strongly encourage everyone who is able to to go and get the vaccination. It is your best chance in reducing the likelihood of getting the flu and preventing it from spreading to others.

So…did you get your flu shot yet? Let us know in the comments below!