It may sound too good to be true. However, there is a lot of advanced research going on to discover whether and how the life expectancy of you and me can be improved.

Right now, the studies are strictly laboratory-based and highly theoretical. But that’s been the case for decades, that drug development starts off in the lab, and goes from theory through trial on insects (usually fruit flies or worms) to simple animals (mostly mice) and only reaching trials on people when there is solid evidence that some benefits are possible.

Right now, the most promising research on anti-aging drugs is evaluating Metformin, either alone or in combination. The National Institute on Aging Interventions Testing Program is a multi-institutional, peer-reviewed study run jointly by the University of Texas Health Science Center and the Jackson Laboratory at the University of Michigan. Its target is to evaluate potential lifespan-extending agents on genetically heterogeneous mice. The trials on Metformin are highly promising.

Where does current research point?

Metformin is a medication that is primarily used to treat type 2 diabetes. Some studies have suggested that Metformin may have potential anti-aging effects, and may even help to extend lifespan. However, more research is needed to confirm these findings and to understand the mechanisms by which Metformin may have these effects.

Most promising has been a drug combination of Metformin together with Rapamune (sirolimus), which has recently shown good results.

The MILES trial (Metformin in Longevity Study) is being conducted at the Albert Einstein College of Medicine. It aims to investigate the effects of Metformin on aging and longevity. It is already being run with a small group of human volunteers. The study is still in progress and the results still need to be made available.

So while it is not yet confirmed that Metformin extends life expectancy, it’s a promising area of research that is being studied.

Other studies have investigated the use of Metformin in combination with different drugs. Some examples include:

These are just a few examples. More research is needed to fully understand the effects of Metformin in combination with other drugs and to establish the safety and efficacy of these combinations in humans.

How does Metformin work? 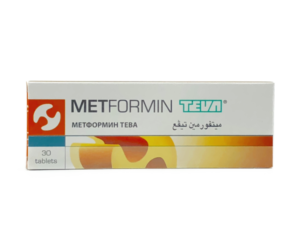 Metformin works by increasing insulin sensitivity and decreasing the amount of glucose produced in the liver. Other drugs treating diabetes II work by inhibiting the digestion of carbohydrates, decreasing glucose absorption from the gut. Such drugs may reduce the risk of diabetes-related complications by lowering blood glucose levels and improve glucose metabolism.

Metformin has been shown to modulate the activity of molecules such as AMPK (AMP-activated protein kinase) and mTOR (mammalian target of rapamycin). These molecules play important roles in regulating cellular metabolism, survival and growth.

AMPK is an energy sensor that is activated in response to low energy levels, and it helps to promote energy conservation and glucose uptake. mTOR is a protein that regulates cell growth and proliferation, and it is often activated in cancer cells.

By modulating the activity of these molecules, Metformin can affect cellular processes such as glucose uptake, cell growth, and aging. Metformin may be able to extend the lifespan of certain model organisms, such as worms and mice, and it is thought that AMPK and mTOR signaling pathways may mediate these effects.