Countries like Israel and the UK poured all of their resources into getting their people vaccinated against COVID-19 as quickly as possible. But now, after the great success of the vaccines, there are emerging several levels of concern when administrators and scientists are seeing the effects of newer variants of the virus.

This makes it essential to start looking for ways to beat the virus with other tools, and fortunately, two unique new meds have come out of the high-tech microbiology labs in Israel that you can add to your defenses. These are called Enovid also known as VirX and Taffix – we will tell you more about them further down in this blog. First, a quick look at why it may be necessary to shift the focus away from vaccines as the only way to prevent the coronavirus pandemic from affecting you. 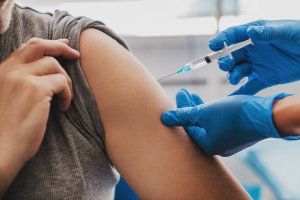 How well are the vaccines coping now?

We are hearing more and more talk about a “third wave” that’s following the outbreaks which preceded the vaccines. Primarily, this is attributed to what’s called the Delta variant – and statistics coming out of Israel, the most highly vaccinated country in the world, give a good reason for these concerns.

More than 1.8 million people had received both jabs by the end of January (around 20% of the population). By the end of March, 4.8 million were fully inoculated, amounting to more than 50% of the total population, and close to 80% of the target population of people over the age of 40. At that point, the government declared a victory.

Unfortunately, the subsequent emergence of variants, especially the Delta, a highly contagious variation that spreads far more quickly than the previous ones, is making the powers-that-be think again. Local lockdowns, travel restrictions, enforced self-isolation and many of the old containment measures are being brought back. Even the countries that felt that they had the lid on the virus with their vaccinations nearly complete, are having to backtrack.

While there’s no doubt that the vaccines have had a spectacular effect in the battle against the virus, the latest statistics give no reason for complacency. Against the Delta variant, there is now strong evidence that the effectiveness of vaccination over the degree of morbidity – in other words how sick infected people are getting – is lower than against the earlier variants. Compared with Pfizer’s initially proclaimed 95% effectiveness against the need for hospitalization following infection, statistics now show it has fallen to around 85%. Yes – it’s still 91% effective against requiring intubation in an ICU, and 86% against any need for hospitalization, but the level of protection against actual infection, regardless of the symptoms, is now down to around 40%.

Worse still, statistics are now coming out that for people vaccinated more than six months ago, the vaccine’s effectiveness at stopping an infection can have fallen as low as 16%.

What can you do to strengthen your defenses?

Let’s make no mistakes here, we are strongly advising anyone who hasn’t already had the vaccine to get it done ASAP. It is by far the most effective thing you can do for yourself, your family, and for the whole world.

But as well as vaccination, scientists worldwide have been searching for ways to prevent spread of the coronavirus, as well as ways to reduce susceptibility to the bug and diminish symptoms if it ever does reach you.

Two such developments have come out of Israeli laboratories over the past few months. They are now available for you to add to your suit of armor against the virus. 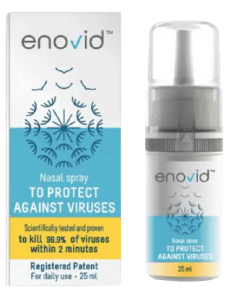 The Enovid NONS (nitric oxide nasal spray) or VirX, is brought to you by SaNOtize, a joint Canadian/Israeli biotechnology startup. It blocks the entry of viruses via the nose and also halts viral replication within the nasal cavity. This rapidly reduces the total viral load which is linked to the spread of the virus in your body. Its overall effect is to prevent transmission and lower the severity of infection.

Important note: In trials so far, Enovid has proven to be effective regardless of the variant.

Nitric oxide works by interfering with mRNA transcription and replication via inhibition of either viral ribonucleotide or viral RNA synthesis. This is the same effect that the Pfizer and Moderna vaccines have. Both the vaccines and Enovid work to kill the virus before it has a chance to replicate. Enovid can also help reduce COVID-19 symptoms. 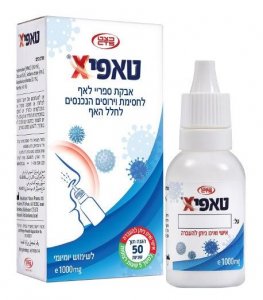 Taffix works directly on the lining of the nasal cavities, acting as a blocker to prevent viruses from infecting the cells underneath. It creates a hostile microenvironment in the nose, making it difficult for airborne viruses to find a surface. Since coronavirus is primarily infecting via airborne spores, Taffix has proven to effectively eliminate more than 97% of any viruses that land.

In lab studies with Taffix, the spray was highly effective in blocking viruses, including SARS-CoV-2, from infecting human cells.

How does the virus infect you?

The virus spreads mainly between people in close contact, typically within short range. According to WHO, a person can be infected when aerosols or droplets containing the virus are inhaled or come directly into contact with the eyes, nose, or mouth.

Every indication is that breathing in infected air coming from a person with the virus is the greatest danger. Masks and social distancing are great and necessary defenses, but are not perfect. Adding another level of protection should be your next step.

Enovid works in two ways. Just spray into each nostril whenever you are coming into an area of high danger. Within two minutes, the spray will have killed 99% of any COVID-19 viruses it finds.

Furthermore, Enovid trials with COVID-19 infected patients gave results indicating that it could yield a decline in the total viral load of about 95% within 24 hours. It means that Enovid finds and kills the virus from the time you use the spray for days afterward. Any virus in your nasal chamber has far less chance of being transported to your lungs, which is where its damage is done.

Taffix works as a blocker to prevent the virus from landing on a surface in your nose where it can start to replicate. It is simple to administer – simply spray into each nostril whenever you are coming into an area of high danger. Before you walk into a meeting, or get onto a crowded train, plane or bus, one puff into each nostril and you are going to be highly protected for hours.

Do I need a prescription?

No. Both Enovid and Taffix are over-the-counter medications in the US. You can buy them online by visiting our website here, for immediate shipment.

Should I use Enovid and Taffix together? 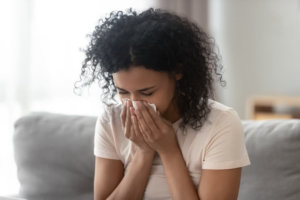 It makes good sense to have more than one weapon in your arsenal. Although they are both individually effective in reducing your vulnerability to infection, they work in different ways.

Taffix works to prevent COVID-19 from landing in the sensitive linings of your nasal chambers. It is a short-term way to fend off and block the virus.

Enovid actively fights the virus, and can kill it even before it lands. Even if it does manage to embed into your nasal lining, it will attack and kill it there. It can also help

Depending on your degree of exposure in public places, you could choose to rely just on Enovid. For example, suppose you are being exposed all the time to potentially infected sources. In that case, a spray of Enovid at the start should keep you protected for the rest of the session. Suppose you frequently have to change location, moving into confined spaces where you are coming into close contact with people. In that case, a puff of Taffix boosts your level of protection by blocking any of the airborne particles that the others around you may have sprayed out.

Are there any contraindications?

There are no known contraindications for either Enovid or Taffix. Because they are available OTC, they are safe and harmless.

Should I still get vaccinated?

Yes. Vaccination will always be the best first-line defense against COVID-19. You owe it to the rest of your community to not be a carrier. Enovid and Taffix help you as an individual in the fight, but getting the vaccine is your duty. 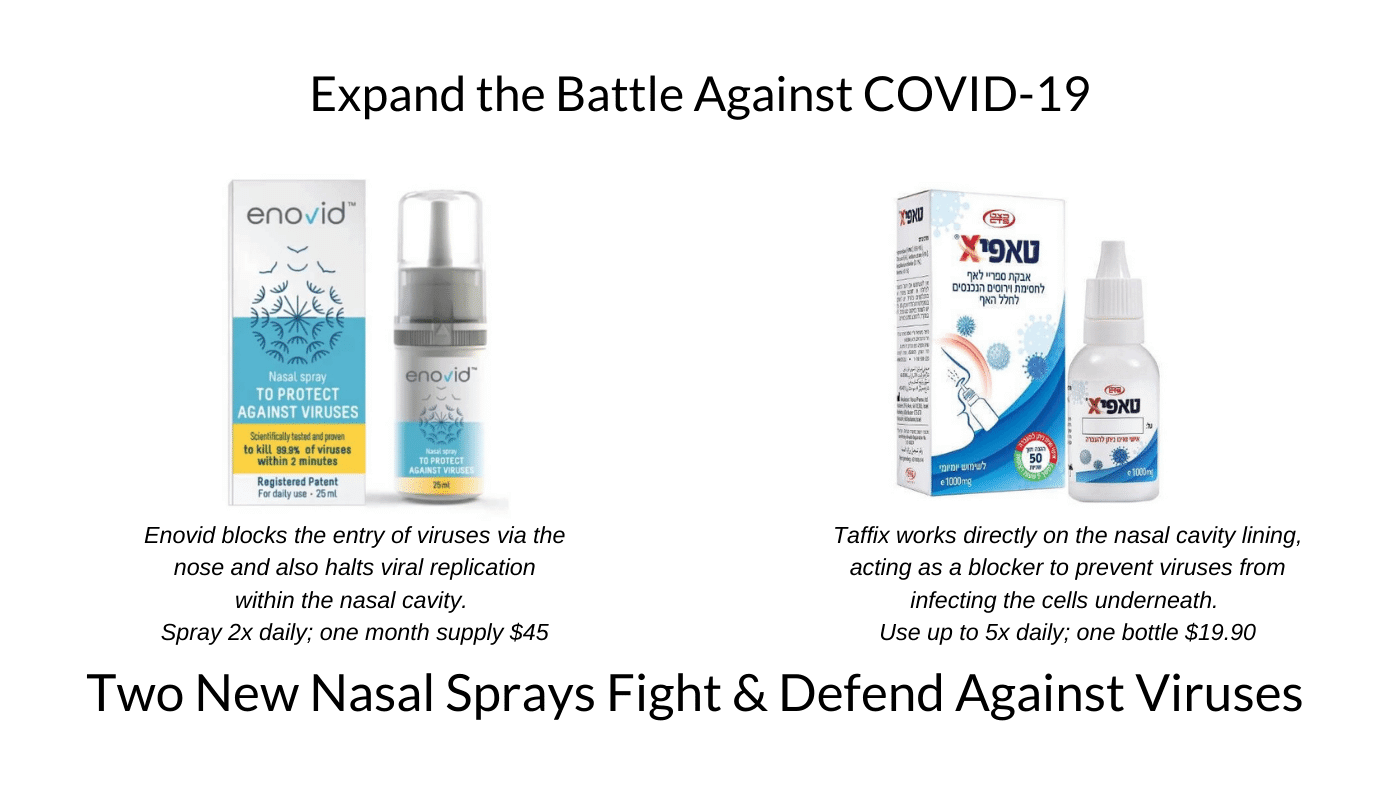 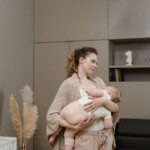 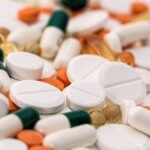 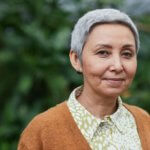