Thanks to new research, aggressive prostate cancer treatment could be getting an overhaul, all thanks to a cheap, generic pill called finasteride.

Overturning a 2011 Food and Drug Administration warning that taking this drug could increase the risk of aggressive tumors, the latest findings from the New England Journal of Medicine of 19,000 men who enrolled in the Prostate Cancer Prevention Trial (PCPT) says the drug is more effective at treating prostate cancer than they initially thought. 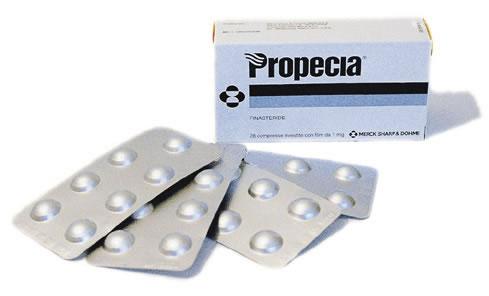 In 2011, finasteride was sold by Merck under the brand names Proscar, used to treat an enlarged prostate, and Propecia, used to treat baldness. After the warnings about the drug came out, finasteride and its cousin, dutasteride, were prevented from being marketed as prostate cancer-prevention pills.

The new study assessed up to 18 years of followup data and survival rates of prostate cancer patients. What differentiates this study from the initial 2003 report is that the researchers drew on an additional seven years of experience since the study finished in 2004.

At 40 cents a pop, the men who initially took finasteride had a 25 percent lower risk of a diagnosis of prostate cancer. The new analysis, on the other hand, shows that the drug prevents almost 40 percent of low-grade prostate cancers without the risk of dying from more aggressive tumors.
Most men with low-grade prostate cancer that isn’t set to cause serious health problems experience treatment ranging from surgery to radiation, making the use of this inexpensive drug a safer way to deal with these types of cancer.

“Many of the men have surgery,” said researcher Dr. Ian Thompson, who led the project at University of Texas Health Sciences Center in San Antonio. “Many of the men have radiation. And those treatments have urinary and sexual side-effects that are actually far more common than people think. So eliminating all those cases would be a profound public health benefit.”

The largest point of contention with the drug is that it might increase the risk of high-grade cancers, but the study has shown — shockingly — that men taking finasteride and those who took a placebo pill had exactly the same survival rate.

“Even if there is a higher risk of high-grade cancer, it doesn’t appear to have an impact on how long a man lives, and that’s reassuring,” Thompson said.

Whether doctors will begin prescribing these drugs to prevent and treat low-grade prostate cancer is yet to be seen, as there are still several in the medical community who don’t believe the benefits outweigh the negatives, but the study has many heads turning already.

If you have questions about either of these drugs, which you can purchase on IsraelPharm.com, please contact our pharmacist, Saul Kaye at askthepharmacist@israelpharm.com.

Cozaar (generic name: losartan) is commonly prescribed to treat high blood pressure (hypertension). In the US, the name Cozaar describes

Flomax (generic name: tamsulosin) is prescribed to treat the symptoms of Lower Urinary Tract Symptoms (LUTS) due to benign prostatic

Ofev (generic name: nintedanib) is a highly specialized drug that was designed to treat the condition known as idiopathic pulmonary