Bringing new drugs to market is a long, complicated and extremely expensive process. In some ways, this has created the Catch-22 situation that many people complain about. Big pharma is accused of holding too tight a grip on the market and exploiting their near-monopoly on supply. Still, on the other hand, only gigantic corporations with bottomless purses can afford to do the research, testing and bureaucratic manipulation needed to get new medications out into the world.

One path being increasingly followed is drug repurposing (AKA drug repositioning), in which drugs that have already been developed and tested for one purpose can be applied as treatment for a different purpose. 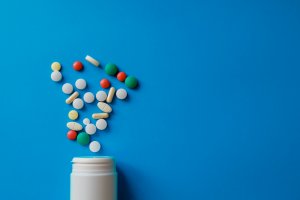 What are Some of the Main Bottlenecks to New Drugs?

Research is expensive and the failure rate is extremely high. On average, less than one in eight make it through from phase-I clinical trials to full FDA approval. And that’s ignoring the number of new ideas that have been researched, lab-tested and then abandoned. All of this takes enormous resources in terms of people, time and equipment.

Testing is slow, and getting approved takes time For good reasons, government controllers like the Food and Drugs Administration (FDA) in the USA and the European Medicines Agency (EMA) in Europe are extremely conservative. They demand that every step be taken to prove any drug’s safety and efficacy before it is approved. There is always in the back of regulators’ minds the specter of thalidomide. This drug was brought to market before one critical test step was taken, which was to check its effects on unborn fetuses in the first trimester.

On average now, it will take between eight and ten years from the first submission until final approval is obtained, and a lot changes in the world in 10 years!

What is Involved in Repurposing Drugs?

During the course of drug developments, especially during phase-II and phase-III trials, the scientists begin to collect information about side effects and unexpected results. Sometimes, this is all bad news, and it can even result in a drug being abandoned. Sometimes, the effects of the drug are not unique or sufficiently beneficial and it doesn’t make it to market. The critical process is the collection of vast quantities of information about the effects of the drug – intended and unintended.

When the FDA finally approves a drug, the drug company uses all of this information to produce the required information sheet that has to accompany the medication so that patients can be prepared for these. Prescribing physicians are given even more information so that they know when prescribing what could trigger a reaction or any other circumstances that may create a negative result.

Now, with all of this information about side effects, drug companies can begin to do substantial analysis. Using Artificial Intelligence and machine learning techniques, the purpose is to determine whether any of the “unwanted” side effects could be beneficial in treating other conditions.

What Can Doctors do to Repurpose Drugs?

Your doctor is ultimately the only person who knows which medications are best for you, and has the right (and duty) to prescribe whatever drugs he or she feels are the proper ones for you. This gives physicians the ability to prescribe in what is termed “off-label” mode, making use of any one of the more than twenty thousand FDA-approved medications regardless of whether the stated purpose of the drug matches your condition. Of course, doctors are extremely careful in ensuring that the benefits of the medication outweigh the associated risks, but many instances of great benefits from off-label prescribing have been reported. If there is enough data coming from multiple instances of the same medication showing value for the same condition, the drug companies will start to take their own steps to bring the repurposing of the drug into their main-stream activities. 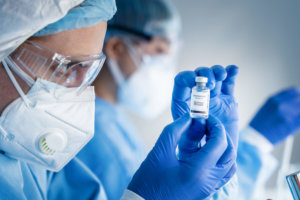 What are Some Examples of Repurposed Drugs?

Probably the most spectacular examples of this in recent memory are the cases of aspirin and Viagra.

Aspirin (acetylsalicylic acid) has been marketed for over a century as an analgesic, but since the 1980s, it is being used to prevent cardiovascular events, based on its ability to thin the blood and prevent clotting.

Viagra (sildenafil) didn’t even get to the market for its original purpose, which was for its potential in treating angina (chest pains). During phase-III tests, subjects reported the unexpected side effect of erections of the penis.

Some other well-known examples include thalidomide itself (despite its having been withdrawn because of its dramatic side effects on fetuses). Thalidomide is possibly the best treatment for leprosy. It is being prescribed for the nearly quarter of a million people who otherwise would have no proper treatment. What’s more, a second repositioning for thalidomide was approved in 2006, where it is now being prescribed as a first-line treatment that blocks or destroys blood vessels supplying malignant tumors in multiple myelomas.

What are the Main Benefits of Drug Repositioning?

The primary benefit is that the drugs have already been tested in humans, providing comprehensive information on toxicity, pharmacology and side effects. As a result, drug repurposing produces the following main advantages:

Drug repositioning is becoming a significant element in the pharmaceutical industry. As reliance on AI and advanced data mining technology increases, this is expected to grow even more. 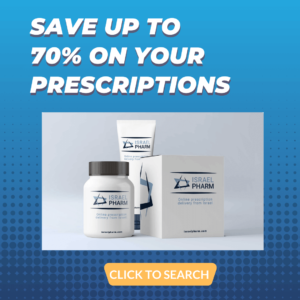