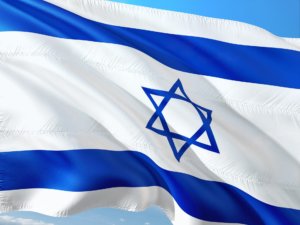 Israel recently celebrated its 70th anniversary since its establishment as a state. In the weeks leading up to this big celebration, the country was busy reflecting upon all the successes and achievements that Israel’s seventy years brought with it. There are too many to count, but common examples of the accomplishments during Israel’s seventy years include the internet firewall, drip irrigation, the Iron Dome anti-missile defense system, the Pillcam and countless other medical and technological achievements.

But what do the next 70 years have in store?

An Israeli initiative called 70+ has developed a video series which explores how the world might look in the future, in terms of medicine, food, brain science, humanity and more. The videos offer a fascinating look into the future where predictions are made based on the work that is being done today.

The full series can be viewed here, but we’ll summarize a few topics of interest in this article that relate to medicine and lifestyle.

What food will we be eating in the future?

Professors predict that there will be much advancement in the field of agriculture, allowing for soil-less farming and the ability to yield more fresh produce. It is also speculated that the meat industry will have to shrink in order to make more room for crops intended for human consumption. Meat will be lab-grown and will be genetically engineered to ensure better nutritional value. Instead of adding preservatives and artificial ingredients into our food, the substances will exist in the packaging and not the food in order to preserve shelf life.

Additionally, genetic research will allow for a personalized, nutritional menu according to each person’s genetic makeup. A simple blood test, combined with genetic information, will tell us what to eat and when is the best time to eat according to our body clock. Grocery stores, as a result, will sell different forms of the same product but with varying nutritional values so each person can find something to specifically suit their needs.

Don’t have much time to eat or not interested in food? There will be pills to take that will contain everything our bodies need. For some people this might work, but for others food is much more than nutrition. 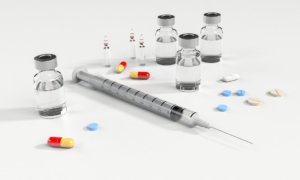 The future of medicine

Scientists predict that in the future we might live until 150, 200 or even more. Medications will be available to prevent disease according to a person’s genetic makeup. Doctors will need to know how to use this information and will need to be proficient in robotics, physics and math. Imagine a hospital with unlimited organs available – making hospitals more like an auto repair shop. You can replace your heart or pancreas with younger, genetically enhanced models. So you might live to 200 but you won’t feel it. Despite robotics taking a big role in the future of medicine, people are always going to want the personal touch of a doctor. Doctors will have a slightly different role, but they will always be needed.

What will our brain be able to do in the future?

The most complicated organ we have, scientists aim to build a computerized model to simulate the real biological brain, in order to try to better understand which components are responsible for epilepsy and Parkinson’s disease, for example. As research continues, scientists will hopefully be able to find a cure for these illnesses and to offer a solution allowing disabled people to walk.

Another breakthrough will be translating our neurological activity into commands that will operate devices in the outside world. This will be reflected in operating software and games without the use of keyboards and representing yourself as an avatar at an international convention without actually travelling there.

This is both fascinating and exciting, giving us hope for a better and prolonged quality of life for future generations.

Let’s see what the next 70 years bring!